5 Things to Know About Web Hosting Before You Sign Up 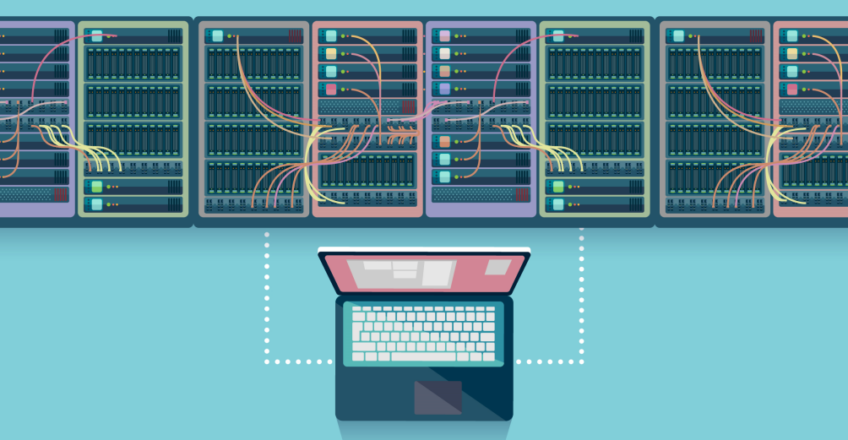 Web hosting may be the Internet’s most underappreciated element. Everything you love about being online—podcasts, memes, articles, tweets, websites, online gaming, Netflix content—lives on a server that an individual or company pays to keep up and running so that you can access it. In short, web hosting is an invisible, essential element of the online experience.

If you’re considering, say, launching a website, there are several basic web hosting aspects that you should be familiar with before starting the project. Although it’s relatively easy to sign up and use a provider’s supplied website-building software to swiftly create an attractive, functional front end, there are a lot of related terms and concepts to wrap your head around. As you’ll soon see, some of it is confusing, if not outright contradictory. Here’s what you need to know about web hosting before opening an account.

If you’ve spent any amount of time on a web host’s website, you’ve probably seen terms like shared, VPS, dedicated, cloud, WordPress, and reseller. They represent the different web hosting types, but not every web host offers them all. Plus, the hosting types differ from one another in significant ways.

Nearly every web host offers shared hosting, the cheapest form of web hosting. With shared hosting, your website shares a server and server resources with many other sites. If you want to keep your web hosting budget small, and don’t expect much traffic, shared hosting is the way to go. You should expect to pay less than $10 per month for this web hosting type. This level of hosting is really best suited for small sites that don’t need a huge amount of bandwidth, however. Since you’re sharing resources with other sites, you should be prepared for the occasional slowdown should one of your site-mates start attracting a lot of visitors. Free web hosting is available if you’re on a tight budget, which generally comes with its own caveats (typically ads and extremely low server specs). However, you can find Free hosting within The Core Hosting without limitations on the server specs.

Larger businesses that expect big traffic to their sites should pick VPS or dedicated hosting, each of which offers increasingly powerful server specs. VPS hosting is like a high-powered version of shared hosting, except that far fewer websites share a server’s resources, which are also a bit more segregated. VPS hosting costs more than shared hosting, but you should pay less than $100 per month.

Dedicated hosting places your site on a server all by itself, so it can leverage a server’s full power. This is the most expensive type of hosting; you may end up paying $100 per month or more for this raw power.

Reseller hosting lets you start your own branded web hosting business without worrying about building the infrastructure from scratch. WordPress hosting lets you build a site in an environment that caters to the world’s most popular content management system. And cloud hosting? That’s an entirely different beast that lets you easily scale website power across multiple servers, though not every web host offers it. Yet. The pricing for these hosting tiers are all over the place, so shopping around is vital.

“Bandwidth” and “data transfer” are frequently used interchangeably to define the amount of data that your website serves to visitors, but the terms, technically, do not have the same definitions.

Bandwidth represents the total amount of data that can be transferred at one time, while data transfer is the throughput or the actual amount of information that can be used over a given period of time—typically a month. Think of it like this: a web host may have a maximum 5GB bandwidth, but depending on your hosting plan, your site may only allow 1GB of data transfers per month.

Note: If your website exceeds its allotted monthly data transfers due to a Reddit hit, for instance, a web host may slow your site’s data transfer speeds or charge you a fee as a penalty. It may even prompt you to upgrade to a higher web hosting tier. It’s good to know your site’s data limitations before you run into situations like this.

Web hosts will entice you to sign up for their web hosting plans by tempting you with the promise of unlimited storage or monthly data transfers. It’s generally not a completely honest deal. Now, I won’t say that these web hosts are straight up lying, but the “unlimited” storage or data transfers boasts nearly always have limitations that vary by company. FatCow, for example, offers “oodles” of disk space, and states that there’s no cap on a user’s content—as long as that person remains fully compliant with the company’s terms of service and utilizes storage “for the normal operation of your FatCow website.” It’s just like the bottomless shrimp buffet: Eventually a restaurant will cut you off, if they don’t simply run out of shrimp first.

Unlimited storage and data transfers are typically associated with shared or WordPress plans, and they let you run wild…within limits. If your blog gets a steady stream of reasonable traffic (whatever that may mean!), you’ll be in good standing. However, you shouldn’t expect to upload or stream 50TB of data per day. The average joe isn’t doing that is likely dabbling in some questionable activities.

You should consult a web host’s terms of service, or a customer service representative, to learn exactly what you can and cannot do within the scope of your plan’s unlimited offering. For example, here at The Core Hosting, We offer completely unmetered Data Transfer, Or otherwise known as “Bandwidth” for all of our services.

If you’re looking to sign up for shared web hosting, you’ll likely receive real estate on traditional hard disk Drive (HDD) server. The advantage of an HDD-based server is that it can offer large storage amounts on the cheap. As you move up the hosting ladder to more powerful offerings, such as VPS and dedicated, web hosts will give you the option to build a site on a solid-state drive (SSD).

The SSD vs. HDD discussion is a lengthy one that goes well beyond the scope of this article. I recommend reading Tom Brant’s excellent SSD vs HDD: What’s the Difference?

5. A Linux Server Will Do…Most of the Time

Nearly every web host offers Linux as the operating system that powers their servers. In fact, I don’t think I’ve reviewed a web host that lacked the free, open-source OS. Even if you aren’t familiar with Linux, you don’t need to do any special work on the back end to build a website. Website builders make building sites a breeze.

That said, if your site needs the ASP or ASP.NET scripting frameworks, you’ll need to run with the Windows Server operating system. That’s because the script your write and webpages your produce will only function in a Windows-based environment.

There’s an additional benefit: Microsoft apps, such as Office or Outlook, integrate with the server with ease. The downside? Windows servers are incompatible with Linux-based, open-source software unless you do some tinkering. In addition, Windows servers cost approximately $10 to $20 more than their Linux equivalents, but if you need Microsoft’s tools it’s a small premium. Linux vs. Windows: How to Pick the Best Server OS for Your Website breaks down everything you need to know about these operating systems. WordPress 6.0: What to Expect From the Next Major Release